This post is long overdue – I saw Dekada ’70 Musical with Kim on March 1st. We barely got the tickets as it was selling like popsicles in the summer. I had no idea what I was going to see in the slightest, as I can barely remember the movie adaptation and I finished reading the book just last night (yes, shame on me but better late than never). But just like the other musicals I’ve seen in the past, this hit me hard, so hard that I was in tears by the end of it – it was a magnificent portrayal of what life was like in the Philippines during the ’70s – under the atrocious hands of the dictatorship. 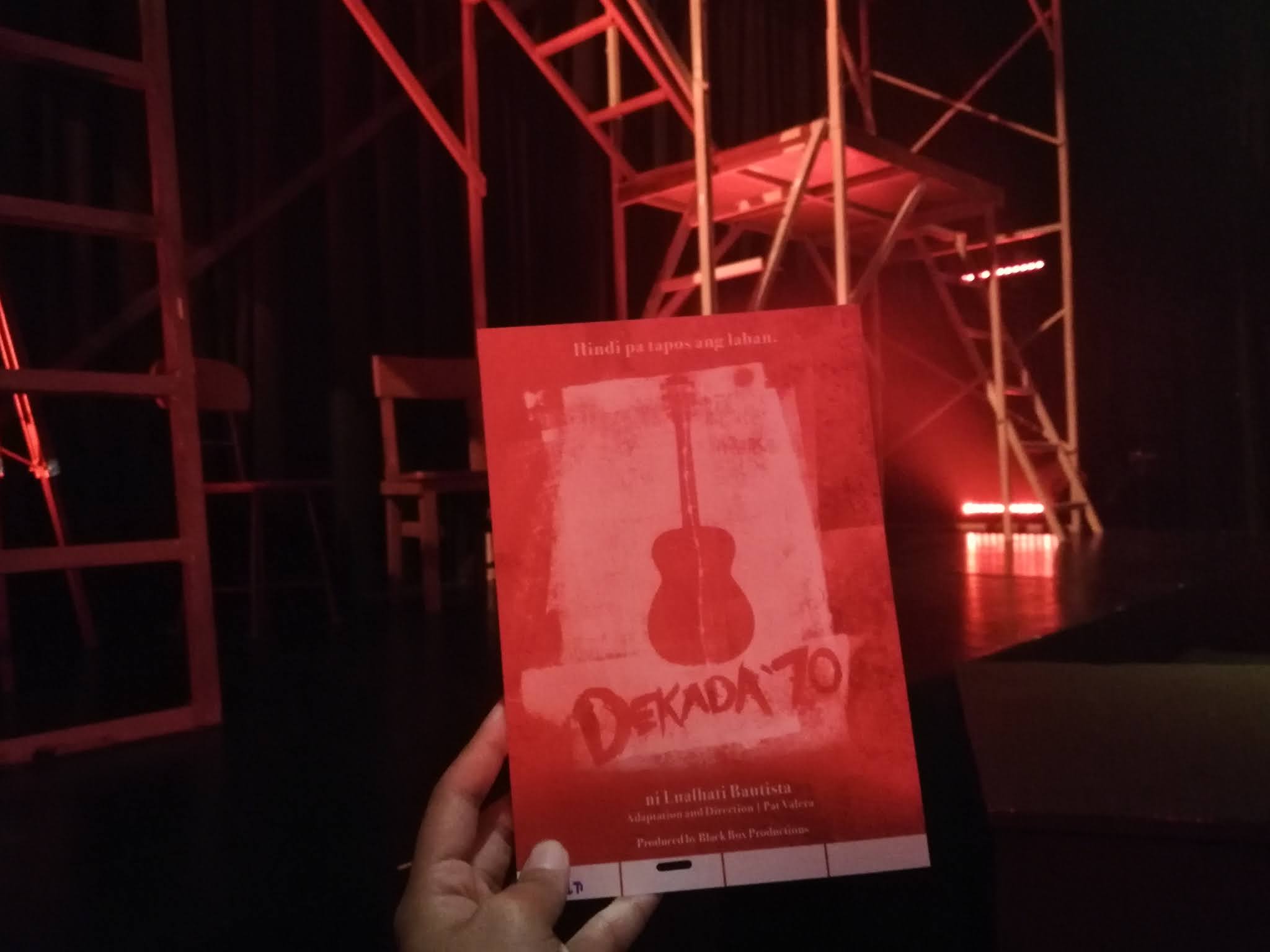 Dekada ’70 is about the upper-middle-class Bartolome family, written from Amanda’s (the mom) point of view. Amanda has five kids, all boys, and is married to the classic patriarchal Julian who doesn’t know anything but his pride and his responsibility as a father that begins and ends with providing the financial needs of his children. The story happened in the ’70s when Amanda’s children are slowly transitioning from little boys to young men, their self-discovery and even her own.

The Black Box can only hold as many as 200 people (or that’s what Kim concluded after counting the rows of seats), which meant this is going to be another intimate performance like Himala and Si Saldang, Si Marvin at Ang Halimaw ng Gabi. I’m not sure if this is becoming a trend in Philippine theatres, but this setup brings the audience closer to the experience like I was also in the story. I felt shame when Amanda confronted Gani about his late-night shenanigan involving Evelyn. I felt grief when Jules told his mom that his best friend was killed in an encounter. I felt annoyed at how Julian treated his wife with utmost disrespect. And damn, I cried with the Bartolomes during the Jason tragedy. I sat there in the front corner with the actors’ sweat and saliva almost hitting me in the face, and witnessed the monsters invading this innocent, happy family.
Dekada ’70 has always been one of our unfailing reminders of the atrocities of dictatorship. Giving it life as a musical play just made it stronger, a much louder call for us to take part in making the significant change the country needs even at the present time.
xo

Book review: If He Had Been With Me